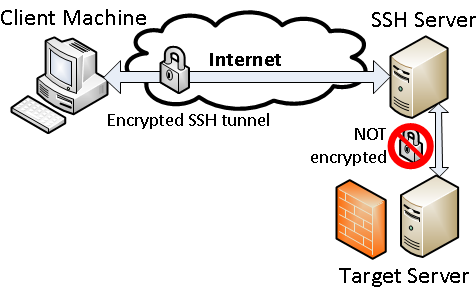 Scenario - Connecting to an insecure service

In this scenario, a client wishes to connect to a service that does not natively use encryption but does not want the traffic to be sent unencrypted through the Internet. The environment for this scenario: 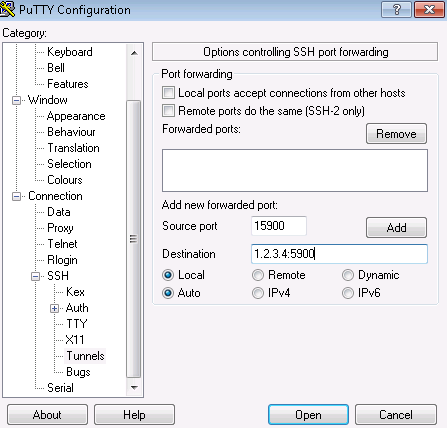 The following command can be used to create the SSH tunnels using the OpenSSH client:

The option 15900:1.2.3.4:5900 specifies the local port, 15900, to be forwarded to the remote port, 5900, on the target server, 1.2.3.4. The local port can be any arbitrary port not in use on the client. Enter your SSH username and password when prompted, unless you have configured your SSH server for public key authentication.

Connecting to the service through the tunnel: 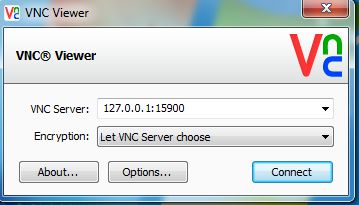 The alternative -- use a client that natively supports SSH tunnels:

Some clients for unencrypted network services, such as FTP, VNC, etc., natively support connections using SSH tunnels. In this case, there is no need to manually create the SSH tunnel using an SSH client such as OpenSSH or PuTTY. Just enter the SSH server information directly into the VNC client supporting SSH tunnels. This screenshot example uses the TightVNC client:

While the example above demonstrates SSH tunnels for VNC, a popular service often configured without requiring encryption, and these same settings can be used to connect to other network services when replacement with an alternative that supports encryption natively is not an option.